Bar LED ice bucket supplier shares this article for you. The bar was introduced to China as a standard model of Western wine culture, and it has gradually entered people's lives and entered the streets of the city. With the continuous improvement and improvement of people's living standards, the bar industry has entered an era of high popularity. The rise of the bar industry is inseparable from the boom and the changes in the economy, society, and culture of the entire China. The bar industry economic belt has become a major force in China's leisure and consumer industry. In 2018, the number of Chinese bars has exceeded 60,000, the market size has reached 45.1 billion yuan, and China's overall GDP has exceeded 90 trillion, accounting for 0.05%, which has also made a great contribution to China's GDP.

In the era of mobile Internet, the main consumer groups of bars have become in-depth users of smartphones, mobile clients, and social media. If you want to firmly grasp the attention of young people, you must work hard on the mobile Internet. However, due to limited influence, simply opening an official bar account on Weibo and WeChat has not been able to gain the attention of more potential consumers. The use of more Weibo and WeChat local marketing accounts with greater influence is a current mainstream trend. However, in the era of the Internet with explosive information growth, high-quality platforms cannot guarantee good communication effects. While using a high-quality platform, the bar also needs to cooperate with the platform to create good marketing content, tell the story of the bar, attract more audiences to read, and cultivate potential consumers. 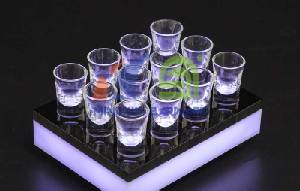 1. Development scale of the bar industry

Bars have gradually become a climate in Europe in the early 18th century, and the number of bars in London alone has reached more than 3,000. So far, bars have been a commonplace for leisure and entertainment in cities around the world, especially in European and American countries, from large cities to rural commercial areas that have become the world of bars. The bar exists not only as a place for leisure and entertainment but also gradually becomes an indispensable part of the lives of young people.

2. The supply and demand of the bar industry

With the development of the economy, life rhythm has become faster, so entertainment venues designed to let people unzip and relax are sprouting like mushrooms.

Previous: 5 Simple Steps to Learn How to Properly Ice Wine With Ice Bucket
Next: Comparison of Chinese and Western Bar Cultures (Part 2)
Navigation
Contact Us
Follow Us