Introduction to Cocktails: Six Base Wines for Cocktails

Cocktails are composed of three parts: base wine, auxiliary materials, and decorations. Almost 99% of cocktails are based on spirits. "Base wine" means that the spirits will constitute the main source of taste and taste of this cocktail. There are six commonly used base wines for cocktails, all of which are spirits with unique aromas and mellow taste.

Gin also has an alias "gin", which is also translated as "gin" in China. Gin is known as the heart of cocktails and it is the world's largest spirit. It was originally born in the Netherlands and later introduced to the UK. After being introduced to the UK, because of the sharp increase in production, it quickly gained a high reputation worldwide. Compared with British gin, the aroma and taste of Dutch gin are thicker.

Rum was born in the Republic of Cuba. Because pirates in the Caribbean love to drink it, it is also called "pirate wine". In terms of taste, rum has three flavors: light, medium, and strong. Compared to medium and thick rums, light rums are more compatible with other cocktail materials, so light rums are usually used as cocktail bases. 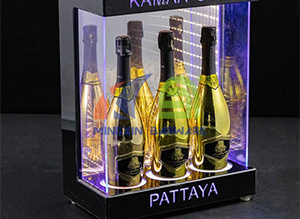 Tequila is produced in the small town of Tequila in Mexico, so it is also called "Tequila". It is known as the "Soul of Mexico". Tequila has the characteristics of fierce taste and strong aroma. The color of common tequila liquor is usually white, silver, and golden.

Vodka was born in Russia. The vodka is transparent and clear, with a light aroma, light and soft in the mouth, and very dry behind the throat. It is a typical fighting nation's wine-strong and full of stamina. The two world-renowned vodka producing areas are Russia and Poland.

Whiskey is a kind of strong distilled liquor made from grains such as barley and aged in oak barrels for many years. Whiskey has different characteristics, so be careful when using it as a base. You should choose regular Scotch blended whiskey with a shorter age and light flavor. Irish whiskey is best used with coffee to make hot cocktails.

Brandy is a fruit distilled spirit, which must be aged in wooden barrels for a considerable period of time. It has the characteristics of strong fragrance and mellow taste. Brandy of various categories is the commonly used base wine material for cocktails.

Chinese baijiu is also a world-renowned spirit, but baijiu is not the base of cocktails. Because baijiu has a strong aroma, it is difficult to reconcile with other cocktail ingredients. Therefore, the popularity and widespread use of baijiu in bars are far less than the six base liquors, which belong to a relatively rare type of base liquor.

We are a Bar LED ice bucket supplier. Our company provides high-quality champagne ice buckets. If you are interested in our products, please feel free to contact us.

Previous: 4 Steps to Taste Champagne Correctly
Next: How Do You Adjust Mojito At Home?
Navigation
Contact Us
Follow Us